http://bible.com/114/jas3.13.nkjv
Who is wise and understanding among you? Let him show by good conduct that his works are done in the meekness of wisdom.
James 3:13 NKJV

Commit your way to the Lord , Trust also in Him, And He shall bring it to pass.

The Wisdom of God

In everything I do, Your will must be uppermost in my life, Lord. I, as Your child, trust You to lead me. 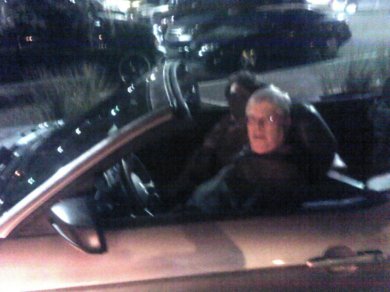 For I want you to know what a great conflict I have for you and those in Laodicea, and for as many as have not seen my face in the flesh, that their hearts may be encouraged, being knit together in love, and attaining to all riches of the full assurance of understanding, to the knowledge of the mystery of God, both of the Father and of Christ, in whom are hidden all the treasures of wisdom and knowledge. Now this I say lest anyone should deceive you with persuasive words. For though I am absent in the flesh, yet I am with you in spirit, rejoicing to see your good order and the steadfastness of your faith in Christ. As you therefore have received Christ Jesus the Lord, so walk in Him, rooted and built up in Him and established in the faith, as you have been taught, abounding in it with thanksgiving. Beware lest anyone cheat you through philosophy and empty deceit, according to the tradition of men, according to the basic principles of the world, and not according to Christ. For in Him dwells all the fullness of the Godhead bodily; and you are complete in Him, who is the head of all principality and power. In Him you were also circumcised with the circumcision made without hands, by putting off the body of the sins of the flesh, by the circumcision of Christ, buried with Him in baptism, in which you also were raised with Him through faith in the working of God, who raised Him from the dead. And you, being dead in your trespasses and the uncircumcision of your flesh, He has made alive together with Him, having forgiven you all trespasses, having wiped out the handwriting of requirements that was against us, which was contrary to us. And He has taken it out of the way, having nailed it to the cross. Having disarmed principalities and powers, He made a public spectacle of them, triumphing over them in it. So let no one judge you in food or in drink, or regarding a festival or a new moon or sabbaths, which are a shadow of things to come, but the substance is of Christ. Let no one cheat you of your reward, taking delight in false humility and worship of angels, intruding into those things which he has not seen, vainly puffed up by his fleshly mind, and not holding fast to the Head, from whom all the body, nourished and knit together by joints and ligaments, grows with the increase that  is from God. Therefore, if you died with Christ from the basic principles of the world, why, as though living in the world, do you subject yourselves to regulations— “Do not touch, do not taste, do not handle,” which all concern things which perish with the using— according to the commandments and doctrines of men? These things indeed have an appearance of wisdom in self-imposed religion, false humility, and neglect of the body, but  are of no value against the indulgence of the flesh.

But of Him you are in Christ Jesus, who became for us wisdom from God—and righteousness and sanctification and redemption—

More and more I am becoming aware of the truth that people change people as much as ideas change people. The power of personality is strong. One could find many illustrations to prove that often personality is greater than the idea. Such is the case with Christianity. The secret of the power of Christianity is not in its ethics. It is not in Christian ideas or philosophy, although Christianity has a philosophical set of ideas. The secret of Christianity is found in a Person, and that Person is the Lord Jesus Christ. Men have discovered other philosophical and ethical systems, but they have not found another Jesus Christ. No one in history can match Him.

When I tell others of Your love, help me to hide my personality in Yours, Lord Jesus.

If any of you lacks wisdom, let him ask of God, who gives to all liberally and without reproach, and it will be given to him. But let him ask in faith, with no doubting, for he who doubts is like a wave of the sea driven and tossed by the wind.

By pride comes nothing but strife, But with the well-advised is wisdom.
Proverbs 13:10 (NKJV)

PRAY FOR THE A21 CAMPAIGN

PSA 5:12 NIV – Surely, Lord , you bless the righteous; you surround them with your favor as with a shield.

LUK 2:52 NIV – And Jesus grew in wisdom and stature, and in favor with God and man.

PRO 4:7 NIV – The beginning of wisdom is this: Get wisdom. Though it cost all you have, get understanding.

PRO 16:16 NIV – How much better to get wisdom than gold, to get insight rather than silver!

JAS 1:5 NIV – If any of you lacks wisdom, you should ask God, who gives generously to all without finding fault, and it will be given to you.

DEU 28:12 NIV – The Lord will open the heavens, the storehouse of his bounty, to send rain on your land in season and to bless all the work of your hands. You will lend to many nations but will borrow from none.

PSA 111:5 NIV – He provides food for those who fear him; he remembers his covenant forever.

2CO 9:8 NIV – And God is able to bless you abundantly, so that in all things at all times, having all that you need, you will abound in every good work.

http://bible.com/114/jas3.13.nkjv
Who is wise and understanding among you? Let him show by good conduct that his works are done in the meekness of wisdom.
James 3:13 (NKJV)

http://bible.com/114/isa40.28-29.nkjv Have you not known? Have you not heard? The everlasting God, the Lord , The Creator of the ends of the earth, Neither faints nor is weary. His understanding is unsearchable. He gives power to the weak, And to those who have no might He increases strength.
-Isaiah 40:28-29