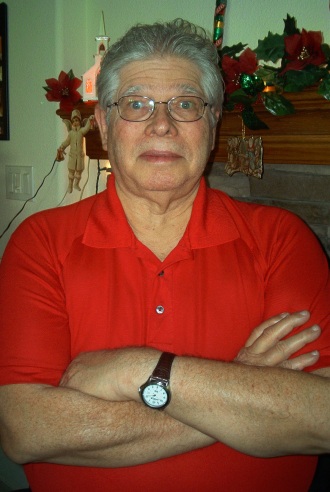 After these things I looked, and behold, a door standing  open in heaven. And the first voice which I heard was like a trumpet speaking with me, saying, “Come up here, and I will show you things which must take place after this.” Immediately I was in the Spirit; and behold, a throne set in heaven, and One sat on the throne. And He who sat there was like a jasper and a sardius stone in appearance; and there  was a rainbow around the throne, in appearance like an emerald. Around the throne were twenty-four thrones, and on the thrones I saw twenty-four elders sitting, clothed in white robes; and they had crowns of gold on their heads. And from the throne proceeded lightnings, thunderings, and voices. Seven lamps of fire were burning before the throne, which are the seven Spirits of God. Before the throne there was a sea of glass, like crystal. And in the midst of the throne, and around the throne, were four living creatures full of eyes in front and in back. The first living creature was like a lion, the second living creature like a calf, the third living creature had a face like a man, and the fourth living creature was like a flying eagle. The four living creatures, each having six wings, were full of eyes around and within. And they do not rest day or night, saying: “Holy, holy, holy, Lord God Almighty, Who was and is and is to come!” Whenever the living creatures give glory and honor and thanks to Him who sits on the throne, who lives forever and ever, the twenty-four elders fall down before Him who sits on the throne and worship Him who lives forever and ever, and cast their crowns before the throne, saying: “You are worthy, O Lord, To receive glory and honor and power; For You created all things, And by Your will they exist and were created.”

ROMANS 9:17 NKJV – For the Scripture says to the Pharaoh, “For this very purpose I have raised you up, that I may show My power in you, and that My name may be declared in all the earth.”

Believe in the Holy Spirit

Walter Knight tells the story about a little boy who had recently received Christ. “Daddy, how can I believe in the Holy Spirit when I have never seen Him?” asked Jim. “I’ll show you how,” said his father, who was an electrician. Later Jim went with his father to the power plant where he was shown the generators. “This is where the power comes from to heat our stove and to give us light. We cannot see the power, but it is in that machine and in the power lines,” said the father. “I believe in electricity,” said Jim. “Of course you do,” said his father, “but you don’t believe in it because you see it. You believe in it because you see what it can do. Likewise, you can believe in the Holy Spirit because you can see what He does in people’s lives when they are surrendered to Christ and possess His power.” 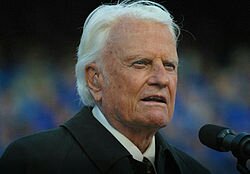 Make my heart completely devoid of self so that it can be filled with Your Spirit, Lord.

GALATIONS 2:20 NIV – I have been crucified with Christ and I no longer live, but Christ lives in me. The life I now live in the body, I live by faith in the Son of God, who loved me and gave himself for me.

One day, by a simple act of faith, I decided to take Jesus Christ at His word. I could not come by way of the intellect alone; no one can. That does not mean that we reject reason. God has given us minds and the ability to reason wherever reason is appropriate, but the final and decisive step is taken by faith. I came by faith. Does it work when a person comes, repenting of his sins, to receive Christ by faith? I can only tell you that it worked in my own life. Something did happen to me. I didn’t become perfect, but the direction of my life was changed. I found a new dimension to life. I found a new capacity to love that I had never known before.

The day I received You, Lord, it was a childlike act of faith. My whole life was changed!

http://bible.com/111/eph3.20-21.niv
Now to him who is able to do immeasurably more than all we ask or imagine, according to his power that is at work within us, to him be glory in the church and in Christ Jesus throughout all generations, for ever and ever! Amen.
Ephesians 3:20-21 (NIV)

David praised the Lord in the presence of the whole assembly, saying, “Praise be to you, Lord , the God of our father Israel, from everlasting to everlasting.   Yours, Lord , is the greatness and the power and the glory and the majesty and the splendor, for everything in heaven and earth is yours. Yours, Lord , is the kingdom; you are exalted as head over all.   Wealth and honor come from you; you are the ruler of all things. In your hands are strength and power to exalt and give strength to all.   Now, our God, we give you thanks, and praise your glorious name.

This plan is designed for you to engage with passages in God’s Word that either express true thankfulness, or highlight stories of thankful people. May this plan encourage you to be thankful, and inspire you to give praise to God for all He has done!

This plan was created by YouVersion.com.

O God, You are my God; Early will I seek You; My soul thirsts for You; My flesh longs for You In a dry and thirsty land Where there is no water. So I have looked for You in the sanctuary, To see Your power and Your glory. Because Your lovingkindness is better than life, My lips shall praise You. Thus I will bless You while I live; I will lift up my hands in Your name.

Yours, O Lord, is the greatness and the power, and the glory, and the victory, and the majesty; for all that is in the heavens and the earth is yours. Yours is the kingdom, O Lord, and you are exalted above all. Glory to you!

God and Engaging the Bible: Part 2 The ‘these’ this verse is referring to is the book of John. Based on that, what is the purpose of John? What does John mean by “the power of his name”?

But these are written that you may believe that Jesus is the Messiah, the Son of God, and that by believing you may have life in his name.

and these have been written that ye may believe that Jesus is the Christ, the Son of God, and that believing ye may have life in his name.’

Ok, we know how weird it is to try to give you reasons to read the Bible… that are actually in the Bible. That’s why we created this plan; an opportunity to honestly look at what the Bible says and wonder why it says it.

We would like to thank goTandem for providing this plan. For more information, please visit: http://www.gotandem.com

God and Engaging the Bible: Part 1

What is the power that Scripture has in our lives?

If all scripture is inspired by God, what should our responsibility to it be?

2 TIMOTHY 3:16 NIV – All Scripture is God-breathed and is useful for teaching, rebuking, correcting and training in righteousness,

I adore you, Holy Father! There is no limit to your power or to your love. You are greatly to be loved! There is none like you, glorious in holiness, fearful in praise, doing wonders. Accept the homage of my soul and life, through Jesus Christ.