Let every soul be subject to the governing authorities. For there is no authority except from God, and the authorities that exist are appointed by God. Therefore whoever resists the authority resists the ordinance of God, and those who resist will bring judgment on themselves. For rulers are not a terror to good works, but to evil. Do you want to be unafraid of the authority? Do what is good, and you will have praise from the same. For he is God’s minister to you for good. But if you do evil, be afraid; for he does not bear the sword in vain; for he is God’s minister, an avenger to execute wrath on him who practices evil. Therefore you must be subject, not only because of wrath but also for conscience’ sake. For because of this you also pay taxes, for they are God’s ministers attending continually to this very thing. Render therefore to all their due: taxes to whom taxes are  due, customs to whom customs, fear to whom fear, honor to whom honor. Owe no one anything except to love one another, for he who loves another has fulfilled the law. For the commandments, “You shall not commit adultery,” “You shall not murder,” “You shall not steal,” “You shall not bear false witness,” “You shall not covet,” and if there  is any other commandment, are all summed up in this saying, namely, “You shall love your neighbor as yourself.” Love does no harm to a neighbor; therefore love is the fulfillment of the law. And do this, knowing the time, that now it  is high time to awake out of sleep; for now our salvation is nearer than when we first believed. The night is far spent, the day is at hand. Therefore let us cast off the works of darkness, and let us put on the armor of light. Let us walk properly, as in the day, not in revelry and drunkenness, not in lewdness and lust, not in strife and envy. But put on the Lord Jesus Christ, and make no provision for the flesh, to fulfill  its lusts. 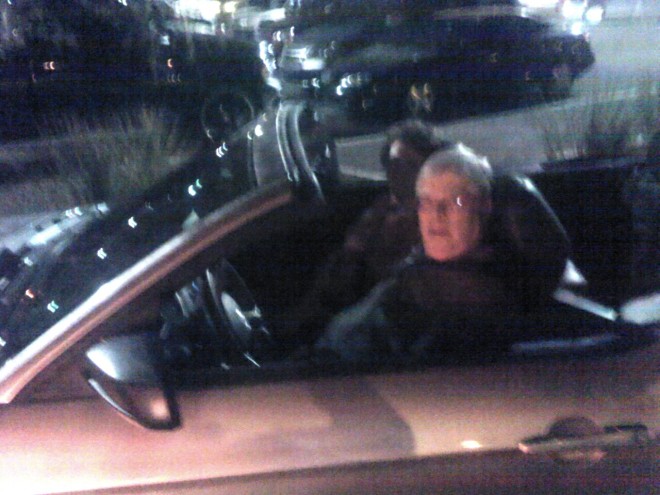 Now before the Feast of the Passover, when Jesus knew that His hour had come that He should depart from this world to the Father, having loved His own who were in the world, He loved them to the end. And supper being ended, the devil having already put it into the heart of Judas Iscariot, Simon’s son, to betray Him, Jesus, knowing that the Father had given all things into His hands, and that He had come from God and was going to God, rose from supper and laid aside His garments, took a towel and girded Himself. After that, He poured water into a basin and began to wash the disciples’ feet, and to wipe them with the towel with which He was girded. Then He came to Simon Peter. And Peter said to Him, “Lord, are You washing my feet?” Jesus answered and said to him, “What I am doing you do not understand now, but you will know after this.” Peter said to Him, “You shall never wash my feet!” Jesus answered him, “If I do not wash you, you have no part with Me.” Simon Peter said to Him, “Lord, not my feet only, but also my hands and my head!” Jesus said to him, “He who is bathed needs only to wash his feet, but is completely clean; and you are clean, but not all of you.”  For He knew who would betray Him; therefore He said, “You are not all clean.” So when He had washed their feet, taken His garments, and sat down again, He said to them, “Do you know what I have done to you?  You call Me Teacher and Lord, and you say well, for so I am.  If I then, your Lord and Teacher, have washed your feet, you also ought to wash one another’s feet.  For I have given you an example, that you should do as I have done to you.  Most assuredly, I say to you, a servant is not greater than his master; nor is he who is sent greater than he who sent him.  If you know these things, blessed are you if you do them. “I do not speak concerning all of you. I know whom I have chosen; but that the Scripture may be fulfilled, ‘He who eats bread with Me  has lifted up his heel against Me.’  Now I tell you before it comes, that when it does come to pass, you may believe that I am He.  Most assuredly, I say to you, he who receives whomever I send receives Me; and he who receives Me receives Him who sent Me.” When Jesus had said these things, He was troubled in spirit, and testified and said, “Most assuredly, I say to you, one of you will betray Me.”  Then the disciples looked at one another, perplexed about whom He spoke. Now there was leaning on Jesus’ bosom one of His disciples, whom Jesus loved. Simon Peter therefore motioned to him to ask who it was of whom He spoke. Then, leaning back on Jesus’ breast, he said to Him, “Lord, who is it?” Jesus answered, “It is he to whom I shall give a piece of bread when I have dipped it. ” And having dipped the bread, He gave it to Judas Iscariot, the  son of Simon. Now after the piece of bread, Satan entered him. Then Jesus said to him, “What you do, do quickly.”  But no one at the table knew for what reason He said this to him. For some thought, because Judas had the money box, that Jesus had said to him, “Buy those  things we need for the feast,” or that he should give something to the poor. Having received the piece of bread, he then went out immediately. And it was night. So, when he had gone out, Jesus said, “Now the Son of Man is glorified, and God is glorified in Him.  If God is glorified in Him, God will also glorify Him in Himself, and glorify Him immediately.  Little children, I shall be with you a little while longer. You will seek Me; and as I said to the Jews, ‘Where I am going, you cannot come,’ so now I say to you.  A new commandment I give to you, that you love one another; as I have loved you, that you also love one another.  By this all will know that you are My disciples, if you have love for one another.” Simon Peter said to Him, “Lord, where are You going?” Jesus answered him, “Where I am going you cannot follow Me now, but you shall follow Me afterward.” Peter said to Him, “Lord, why can I not follow You now? I will lay down my life for Your sake.” Jesus answered him, “Will you lay down your life for My sake? Most assuredly, I say to you, the rooster shall not crow till you have denied Me three times.